I AM NOT AFFILIATED WITH THE WESTERN LEGENDS. I DO NOT HAVE CONTACT INFORMATION. Try reaching them on Twitter: @WesternULegends.

One of the most accomplished teams at Western University is actually just a club. Watch and read more below.

#THESEAREMUSTANGS: The Story behind League of Legends at Western University

One of the most accomplished teams at Western University is actually just a club – and the time has come to finally recognize them as a varsity team.

Watch and read more below.

What are the Western Legends?

Founded in 2015, the Western Legends are a competitive college eSports team made up of students from Western University.

The team plays League of Legends, a competitive online game and unquestionably one of the most popular eSports by watch time volume.

In 2018, the Western Legends won the East Conference Championship, finishing first in a pool of 80+ schools. They qualified for the North American College Championship at the Riot Games studio in Los Angeles, and won a combined $70,000+ in external scholarships.

In 2019, the Western Legends not only repeated all of these accomplishments – they were finalists at the North American College Championship. Put this into perspective: from a pool of over 350+ schools, they are currently the second-best team in North America.

These accomplishments are even more impressive when considering that, up until now, there has been no support from Western. Attempts to establish communication with the Athletics department have been unsuccessful. Thanks to the Bookstore at Western, the team now has a practice facility with professional equipment – but up until 2019, the Western Legends have existed in isolation.

They played separately in their own homes. They dealt with Internet challenges alone.

They competed and won against schools with scholarship funding and competition arenas attracting top players. It speaks to how skilled this team actually is. 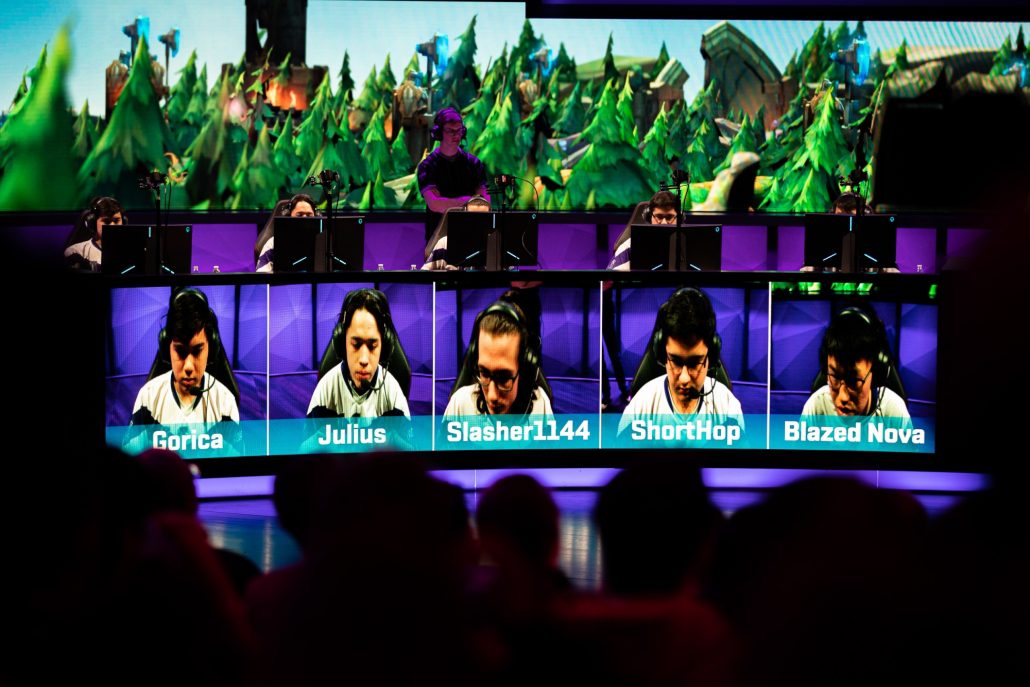 LOS ANGELES – MAY 26, 2019: Players from the Western Legends take the stage in the North American Collegiate Championship final against Maryville University.

Why should this be a varsity team?

First and foremost, the idea of recognizing an eSports team at the varsity level is not a new concept. Many of the schools challenging Western are made up of fully-funded scholarship athletes.

One can only assume Western has been unreceptive because League of Legends is not a ‘conventional’ athletic activity. This line of thinking should be completely outweighed by the level of success and positive representation brought to the university.

Moreover, there is extensive literature to suggest eSports are experiencing rapid growth on an international scale. CNN recently reported this as an ‘explosive billion-dollar industry’. This growth is occurring because athletics are about narrative, and not just the game itself. I take this stance as someone who has played soccer competitively for two decades. I only understand the fundamentals when it comes to League of Legends.

This has no impact on my ability to appreciate what is going on. The team earn external scholarships, practice multiple times a week, and scout the opposition to develop strategies. They deal with interpersonal conflict, egos, and share rivalries with other teams. They celebrate after a big play or a victory, and feel dejection when they lose. Anybody with even the slightest exposure to some form of competition can objectively relate to these experiences. They are the same as every other sport on the planet.

Audience viewership trends are evidence of this. In 2018, the North American College Championship final was concurrently watched by 35,000+ people online. Only one year prior, The Charleton reported that no television broadcast outside of football had eclipsed an average viewership of 60,000+ in the past three years. Not only do people care about eSports – but the audiences are comparable to traditional athletics at the Canadian university level.

How can I support?

Prospective students already know this team has a winning culture. Some of the newest players on the roster actually chose to attend Western for that very reason.

The only thing missing is formal acknowledgement from the university as a varsity team. This should be just the starting point for a robust program that will continue to attract talented student-athletes in the future.

You can help by contributing to the discussion and showing Western you believe this team deserves recognition. Use the hashtag #thesearemustangs to join the conversation. Tag the school and athletics account in your post.

This is an opportunity for Western to be one of the first movers and an innovator in the Canadian segment of a rapid-growth industry. There needs to be a concerted effort to adopt forward-thinking policies that acknowledge the accomplishments of players representing the institution.

Western: eSports are popular. You have one of the most talented college teams in Canada at your school. Support them.

LOS ANGELES – MAY 25, 2019: ‘Julius’ celebrates after a monumental win against University of California Irvine at the North American Collegiate Championships.

University of Western Ontario (Western University) at the College League of...
Scroll to top